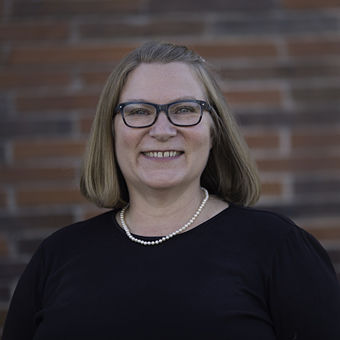 Liane Kirmis was introduced to bells as a 9th grader at her home church in Fergus Falls, Minnesota in 1976

She has been ringing with or directing bell choirs around the country in the 40 years since! She married a Navy Submariner, and through their many moves Liane found “homes” in the variety of church choirs she joined ( MN, IL,OR,FL, ID, HI, NE, WA, &NE).  Liane has been director of two church choirs in Bellevue since her return to Nebraska in 2001: Joyful Noise at Thanksgiving! Lutheran , and Westminster Bells at First Presbyterian. It has been her life-long joy learning about and introducing others to this beautiful musical art. Liane is an accomplished vocalist and solo handbell ringer. She and her husband have three grown children and two grandchildren. Liane also works as a substitute teacher for Bellevue and Papillion-Lavista Public Schools.

Liane has served River City Ringers as a substitute for many years; ringing as a “regular” in the 2016-2017 season