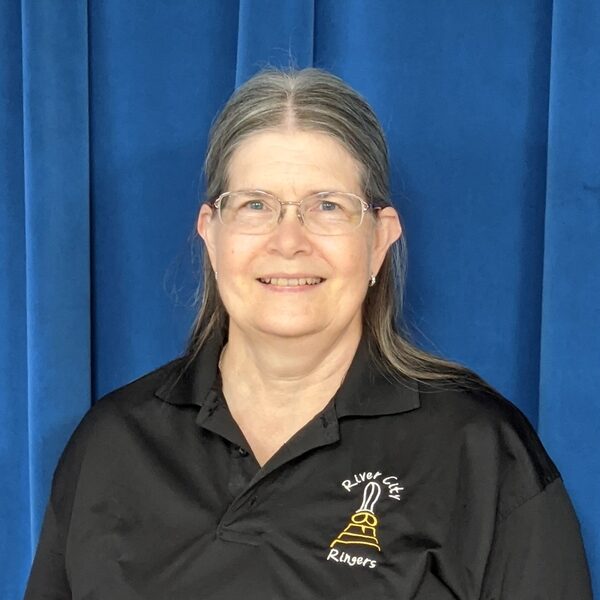 Linda Ashley has been ringing handbells at Immanuel Lutheran Church in Omaha, NE for more than 35 years, and has been the director of the Handbell Choirs for 30 years.

She has been with the River City Ringers since 2007. Linda has played Oboe and English horn since junior high and high school.  She enjoys attending advanced ringing events as often as possible.  She has served on the board for Intergenerational Handbell Camp since 2016 and has been involved with handbells at the State and Area level since at least 2007.  When she is not ringing, she works nearly full time as a hospital pharmacist.  She also enjoys gardening, reading and sewing.  She is married with 3 children and 7 grandchildren.