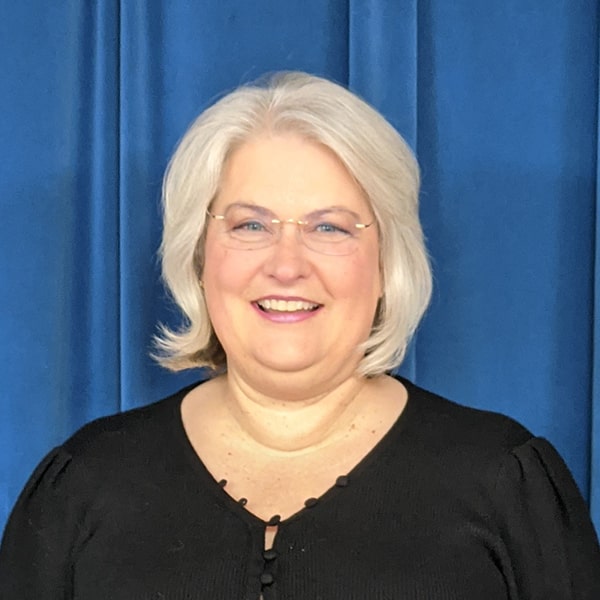 Nancy Blackwell was born and raised on a farm in Grand Island, NE

She plays piano, self-taught herself the flute, played percussion in band and performed as drum major for the high school marching band.  After attending college in South Dakota, she became a military wife and mother living in various areas of the United States.  After returning home to Nebraska, she became an inaugural member of her church bell choir and a year later became a member of the River City Ringers.  Nancy is an IT Professional and when not playing bells, she enjoys quilting, scrapbooking, and reading.